Presenting musical productions at the Barn Theatre, Oxted, Surrey since 1947. 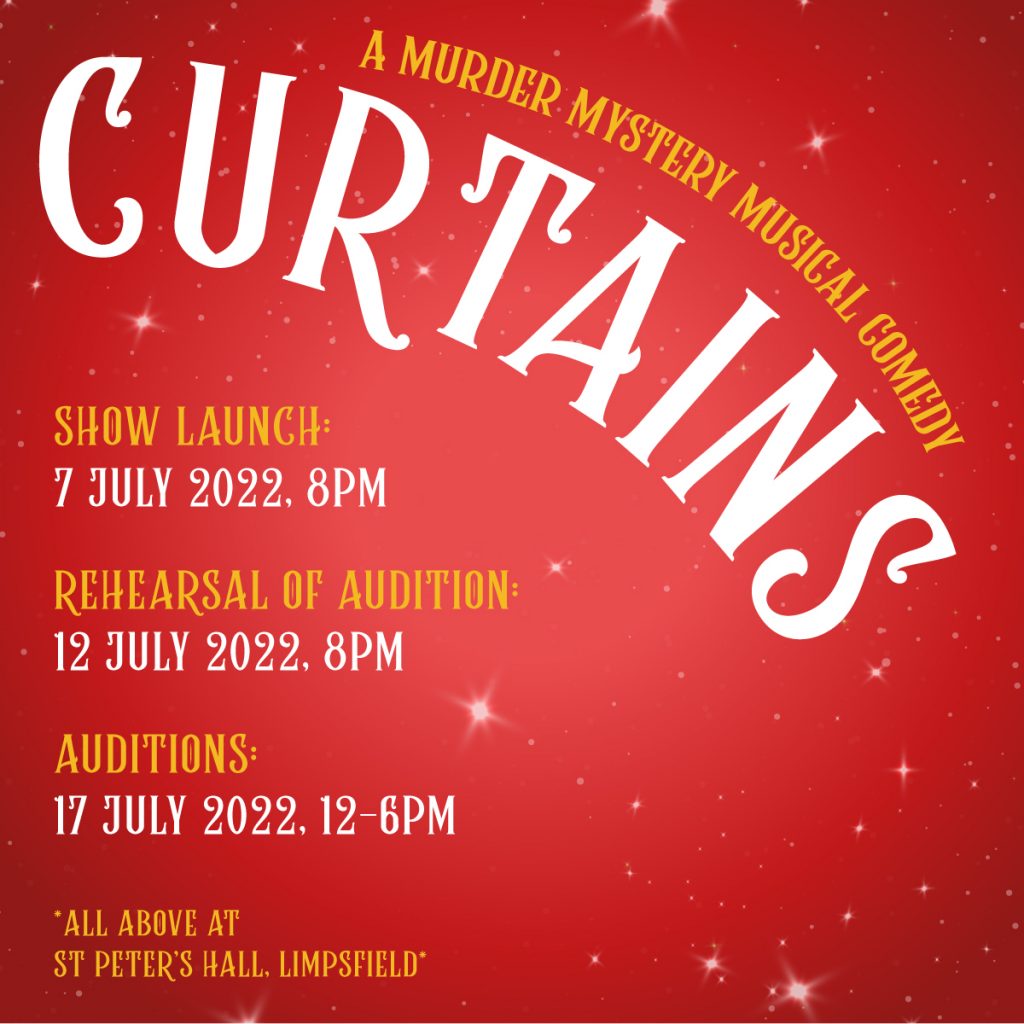 From the same writing team as Chicago and Cabaret, Curtains tells the tale of Jessica Cranshaw, a leading lady and a triple threat: she can’t sing, dance or remember her lines! To the relief of everyone, she is murdered during her opening night curtain call, leaving the whole cast and crew as suspects. Enter Lt. Frank Cioffi, a police detective and amateur musical performer, to solve the crime, save the show and maybe even get the girl in the process! Packed with glorious tunes and an hilarious script, Curtains is a fun-packed journey for both performers and audiences alike. Performances run from 16th-19th November 2022 at 7.45pm with a Saturday matinee at 2.30pm. Tickets will go on general release soon.

The show will be directed by David Phipps-Davis, with musical direction from Brian D Steel and choreography from Kerry Payne.

To get a sense of the show, click here to watch a short advert for the recent West End production starring Jason Manford.

DATES FOR THE DIARY
Show launch – Thursday 7th July 2022 at 8pm
Rehearsal of audition material –  Tuesday 12th July at 8pm
Auditions – Sunday 17th July 12.00-6.00pm
All of the above take place at St. Peter’s Hall, Limpsfield
Further details will come out in advance of the auditions.

We are very much on the look out for younger members to join the company. Ideally with a playing age of under forty but with a real age of over sixteen. So if you’re interested in being part of the show, or know someone else who might be, come along to the show launch. You don’t need to be a member to audition – you just need to pay the joining fee of £10. Membership only has to be paid if you decide to participate in the show.

For any further information, contact the director at chair@oxtedmtc.co.uk

Please Contact chair@oxtedmtc.co.uk for further details or to register your interest for more information when it is released.